THE BEECH TREE stood on the corner of the bank on the edge of what is now the car park.  It was a great tree and all the boys used to climb it and then drop down onto the bank and roll down the slope.  Still today the children continue to climb onto the bank and slide or roll down the grassy slope.  Apparently, it is the only way to finish a visit to Chapel!   It was decided the tree had to go.   Wearne Pearse, of Middle Taphouse, was asked to bring his steam engine out to pull it over.  The steam engine pulled with a wire rope but after serveral attempts the rope snapped in 2 and the tree was still standing. Then Clifford Crago pulled with his crawler but finally, as steam and diesel power failed to  move it, the tree was cut down with 2 men working the cross cut saw in the traditional way.

Interestingly, the steam engine is still in working order, still owned by the Pearse family who regularly steam up and attend local rallies with it. 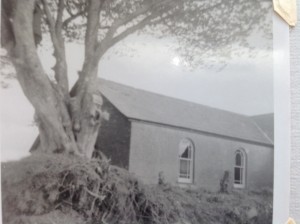 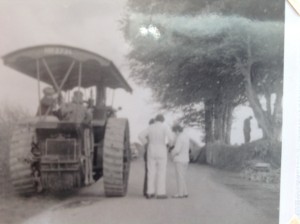 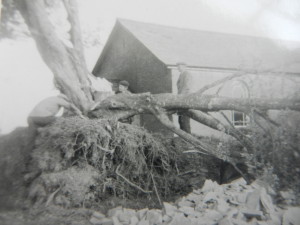 The Building of Connon Chapel

The story starts in the 1840’s when two gentlemen, a Tamblyn and a Crago, were concerned for the moral welfare of the population of St Pinnock and Taphouse.  At the time on Mondays the males in the villages took the day off work and took part in orgies of drinking and brutal sports.  In distress one of the gentlemen said “We ought to build a chapel in the parish and try to save these poor people.” “Who’ll build a chapel if we don’t do it ourselves?” was the reply and there and then the two young men pledged themselves to build a house of God on the spot.  So the Chapel at Bethel was built, just a simple structure without any premises for a Sunday School. (The Bethel Chapel has since been converted to a private dwelling.)

There came into the district a young Bible Christian Minister called Katts.  He was charged with a personal offence, another document called it an indiscretion.  The nature of the offence is lost in history, however, it led to him being expelled from the ministry.  Thomas Tamblyn had heard the man preach and was so impressed he suggested to his fellow members that he should be invited to preach at Bethel.  The trustees of Bethel Bible Christians from Looe were approached and strongly forbade the invitation.  Cap’n Tamblyn felt the young minister had been victimised and in true Tamblyn tradition stood up for the underdog.  In his characteristically hasty way he is said to have said “If you won’t let him preach in the chapel, he shall preach in my barn”.

Wilton, the barn referred to was out of the way but at Connon Farm there was an easily accessible barn. This farm was in the hands of William Uddy and his wife Mary (Nee Nicholls).  These worthy Christian people evidently felt that Cap’t Tamblyn was right and they prepared their barn for the services.  It seemed that there were a number of coopers among the congregation and they made small barrels upon which to support rough planks of wood. The winnowing machine was placed at the front with the top hatch of the barn door laid across the bin of the machine. The whole was covered with a table cloth to form a pulpit. The preacher stood on a stool at the back of this roughly made structure. Under these rough conditions services commenced under the ministry of Katts.  Had these services been arranged out of sheer spite and if the preacher was as guilty as many people declared, then, surely, one would have expected the movement to come to nought.  However for years the work continued with records saying some forty souls were saved.

What a pity that no one was big enough to heal the rift with Bethel.  Cap’t Tamblyn’s wife, Aunt Jinnie, went to talk to the leaders at Bethel and warned them if the problem was not resolved they would build another chapel.  Unfortunately no move was even attempted.  The leaders at Connon had been discussing the possibility of a new building but hesitated to take such a serious step but one evening at a prayer meeting in the kitchen of Mary Uddy’s farm she is recorded as saying “I’m ashamed of you men.  You say you serve an Almighty God and yet you are frightened to build a house for Him.” God used a good woman to bring the men to a point of decision.  It was decided to build in Fishers Field which belonged to Cap’t Tamblyn. Ten men agreed to subscribe £10 each and an agreement was drawn up on May 13th 1865, it was signed by – Thomas Tamblyn, Joshua Blewett, Robert Crago, William Udy, James Glanville, Jeremiah Tamblyn, Jonathan Tamblyn, Thomas Tamblyn junior, William Toms and William Thorn. They dug a quarry on the site and raised the stone with which they built a plain hall. In the following year the young men of the area gave a day’s wages towards extending the chapel by building a Sunday School.  At the time of the first Sunday School Anniversary they built a platform of turf and earth against the road hedge at the side of the quarry and from this structure the service was conducted. The platform is still there today.

In 1894 the whole structure was refurbished to its current form except for the toilet block and new Sunday School which were added afterwards.  Connon Chapel joined other local Chapels of the Wesley Reform Union which had a Circuit in the area with the head Chapel at Liskeard.  In 1959 Connon together with other Wesleyan Reform Circuit Chapels joined the Methodists in Liskeard.  Over more recent years following the donation of more land from Hurlands Farm other extensions were added to form a new Sunday School and toilet block. The land also allowed the current car park to be constructed and the cemetery to be extended.

The founding spirit of caring for the underdog and a sense of fair play together with a welcoming hospitality can still be found in the congregation today which contains descendants from the families named above.

Ronald Birchmore was an evacuee, who was run over in East Taphouse during the war and was buried at Connon. His family couldn’t afford a headstone but a couple of years ago Connon organised, with the help and approval of the family, to put the headstone on the grave. 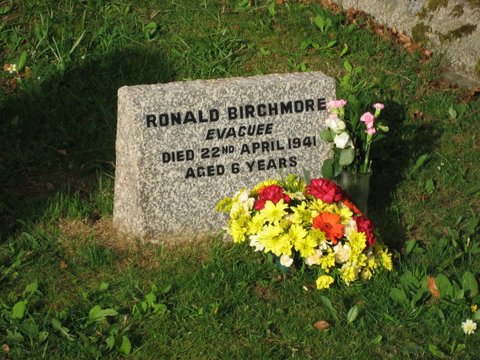